Tom Schneider to begin second term as WPO President
During a recent board meeting at Interpack in Dusseldorf, Germany, the World Packaging Organisation (WPO) unanimously elected Thomas L. Schneider, CPP, to a second term as WPO’s President for 2015-2017.
Through multiple leadership positions, Mr. Schneider’s participation in the Institute of Packaging Professionals (IoPP) helped pave the way to his extensive and influential WPO involvement. Mr. Schneider served on the IoPP National Board as President and Chair in 2004 and 2005 respectively. He is a member of the IoPP College of Fellows and also an Honorary Life Member of the Institute, and is a member of the Packaging Hall of Fame.
With packaging education at the forefront, Mr. Schneider’s tireless contributions to IoPP and WPO have provided opportunities to share his insight and knowledge with the worldwide packaging community comprised of a global network of industry professionals, especially with WPO member from more than 50 countries.
“The opportunity to develop relationships with packaging leaders from around the world has been a unique experience,” said Mr. Schneider.  “These relationships – with WPO and IoPP support – have provided exceptional opportunities to experience the latest technologies, materials, and package designs from every corner of the globe – not to mention the ability to work alongside many of those professionals responsible for such incredible packaging innovation that occurs worldwide.”
According to Patrick Farrey, Executive Director, IoPP, the Institute has been well-represented at WPO meetings by Mr. Schneider since 2004.
“With Tom’s participation in WPO, IoPP has been able to expand the Institute’s global footprint in many ways,” said Farrey.  “Tom was integral in executing IoPP projects over the years such as the translation and distribution of IoPP books in Spain and Mexico. And the IoPP footprint continues to grow with on-line learning opportunities around the world. His efforts on behalf of IoPP have truly given the Institute an unprecedented worldview when it comes to packaging. We are proud of Tom’s leadership and look forward to supporting him during his second term as WPO President.”
Mr. Schneider is currently President of Houston-based Industrial & Shippers Supply, a 60-year old value-added distributor of packaging and labeling systems and supplies. 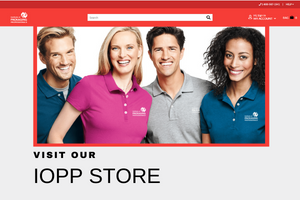