Congratulations to the 2022 Winners of IoPP’s Member Honors

IoPP congratulates the 2022 winners of IoPP’s Member Honors and Awards. This year’s winners are distinguished IoPP members who have volunteered time to the Institute over an extended period and deserve recognition.

This year, IoPP recognizes the contributions of three members with the College of Fellows Member designation, two members with an Honorary Life designation and recognized one member as a Rising Leader within the packaging industry.

Ukachi has over 20 years of experience in the packaging industry.

Ukachi has served on boards for many professional organizations, including the Black Packaging Network and the Black Alumni Collective. She served the IoPP board from 2010-2014, holding positions such as Vice President of Membership and Certification.

Ukachi believes in the value of recognizing rising leaders within the industry and has awarded several student packaging scholarships in her capacity to organizations like IoPP.

Sriman has dedicated his professional career to bringing technological advancements to the packaging industry for over 20 years.

As Head of Packaging Development & Commercial Device Engineering at Takeda, he is responsible for influencing pipeline programs, developing packaging based on the principles of recycling and sustainability, and providing healthcare patients with the best user experience through packaging.

Sriman is an active member of the IoPP Medical Device Technical Committee.

Jean-Francois, or JF as he is known to the IoPP membership, has been at the forefront of developing and bringing more visibility to the IoPP Canadian Chapter and continuously advocates in Canada for the profession.

JF annually supports Conestoga college students in the only packaging program offered in Canada. He has served as a judge for multiple AmeriStar Award programs and participated in reviewing the latest Fundamentals of Packaging Technology, 6th Edition.

Robert has over 30 years of packaging experience, with leadership roles in sales, quality assurance, engineering, and e-commerce automation.

Robert was a founding member of the IoPP Clemson University Student Chapter and has been a board member of the IoPP Tejas Chapter since 1999. Robert served on the IoPP National board from 2003-2012, holding positions such as Chairman, President, and various Executive Vice President roles.

Robert holds two U.S. patents, has presented at many past IoPP leadership conferences and has written articles for Packaging World Magazine. He was inducted into the IoPP College of Fellows in 2009 and earned his Certified Packaging Professional, Lifetime designation in 2004.

Robert is the Founder and CEO of RMV Technology Group, LLC, a NASA Industry partner.
There, he trains the scientific and engineering community on technological innovations and solutions for electrostatic materials, packaging, and products that support consumer electronics.

Robert was the first to provide hands-on training for Suspect Counterfeit ESD Packaging & Materials for the nuclear energy contracting community. One of Robert's developments was Mars Mission-approved, which earned him his induction into the Department of Defense Military Packaging Hall of Fame in 2019. Robert also holds a U.S. Patent.

James was nominated as a Rising Leader within IoPP for his active participation in member meetings and events. IoPP also recognizes James as a Rising Leader in the packaging industry through his work as Global Packaging Engineer at Coopervision.

More information about our Member Honors and Awards Program can be found here. 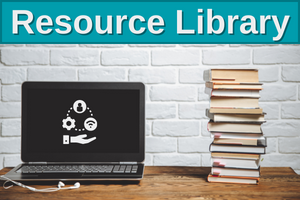